For a lot of people, summertime means camp time, and this includes myself. I don’t really enjoy overnight camp, but I work at a local day camp with 6-7 year old girls and I love it! So, for this week’s Top Ten Thursday, I have decided to list some books with a camp feel. They either take place at camp or include traditional camp activities such as camping outdoors and fishing.

1. Proof of Forever by Lexa Hillyer 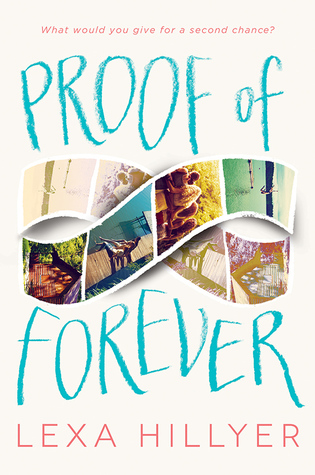 Before: It was the perfect summer of first kisses, skinny-dipping, and bonfires by the lake. Joy, Tali, Luce, and Zoe knew their final summer at Camp Okahatchee would come to an end, but they swore they’d stay friends.

After: Now, two years later, their bond has faded along with those memories.

Then: That is, until the fateful flash of a photo booth camera transports the four of them back in time, to the summer they were fifteen—the summer everything changed.

Now: The girls must recreate the past in order to return to the present. As they live through their second-chance summer, the mystery behind their lost friendship unravels, and a dark secret threatens to tear the girls apart all over again.

Always: Summers end. But this one will change them forever.

This book is about a group of old camp friends who attend a reunion and then find themselves back in their camper years. It definitely had an interesting concept, but it wasn’t my favourite. It was still enjoyable, though!👌

2. Everything Beautiful is not Ruined by Danielle Younge-Ullman 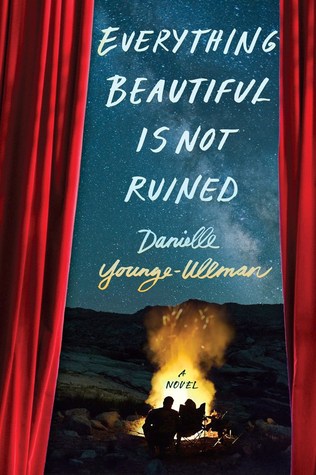 Wild meets The Breakfast Club in this story of a girl who must survive an extreme wilderness experience to prove to her mother that she has the strength to pursue her dreams.

Then
Ingrid traveled all over Europe with her opera star mother, Margot-Sophia. Life was beautiful and bright, and every day soared with music.

Now
Ingrid is on a summertime wilderness survival trek for at-risk teens: addicts, runaways, and her. She’s fighting to survive crushing humiliations, physical challenges that push her to her limits, and mind games that threaten to break her.

Then
When the curtain fell on Margot-Sophia’s singing career, they buried the past and settled into a small, painfully normal life. But Ingrid longed to let the music soar again. She wanted it so much that, for a while, nothing else mattered.

Now
Ingrid is never going to make it through this summer if she can’t figure out why she’s here . . . and why the music really stopped.

This isn’t about actual camp, but it follows a girl who spends her summer in the wilderness after her mom, who is a famous opera singer, loses her singing voice. I’d definitely recommend it for its amazing morals!💜 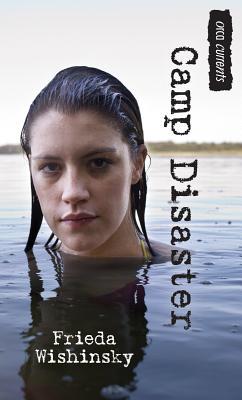 Charlotte Summers is sure that summer camp is going to be a disaster. And she’s right. But it’s not as disastrous for her as it is for her counselor, Abby. Abby has no control over the girls in her charge. The control is held by the cabin’s mean girl. Charlotte realizes that she could tip the balance of power and unseat the bully, but does she have the courage to go for it?

Honestly, I disliked this book, but since it fit with the theme, I decided to include it anyway because that’s the kind of person I am.😂 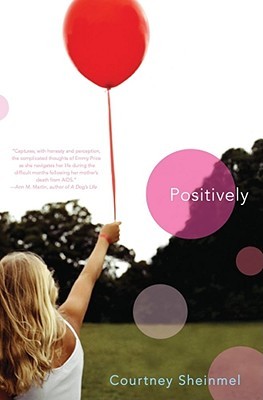 Since the day Emerson Pressman and her mother were diagnosed as HIV positive, nothing has been the same. When her mother dies of AIDS, Emmy has to go live with the father and stepmother she barely knows, and she feels more alone than ever. Now she has to take pills by herself, and there is no one left who understands what it’s like to be afraid every time she has a cold. But when her father decides to send her to Camp Positive, a camp for HIV-positive children, Emmy begins to realize that she’s not alone after all, and that sometimes, opening up to other people can make all the difference in the world.

This is an extra special book about camp- it’s all about a girl who was diagnosed as HIV positive who attends a camp just for kids with HIV. It’s moving, heartwarming, and amazing. I’d highly recommend it!💘

Summer camp is often a highlight of a young person’s life. The drama of being away from home, making new friends, and even having some friendly feuds is captured in this tween series. The girls in Camp Lakeview’s bunk 3C draw readers into their inner circle and bring them along on the twists, secrets, and challenges of their lives.

This is an addicting middle grade series with a multitude of different books on different topics, all taking place (or with the general theme of) at camp. I haven’t read any books from this series for a while, but I do remember really liking it!😃

6. The Sisterhood of the Traveling Pants by Ann Brashares 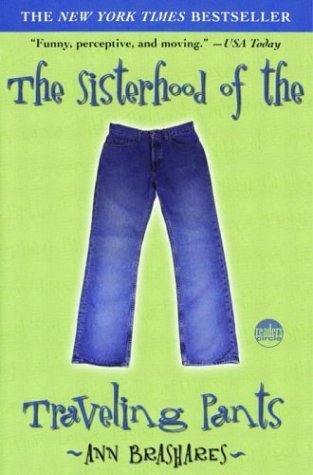 FOUR VERY DIFFERENT FRIENDS. ONE PAIR OF MAGICAL PANTS. AND A SUMMER APART …

We, the Sisterhood, hereby instate the following rules to govern the use of the Traveling Pants:

1. You must never wash the Pants.

2. You must never double-cuff the Pants. It’s tacky. There will never be a time when this will not be tacky.

4. You must never let a boy take off the Pants (although you may take them off yourself in his presence).

5. You must not pick your nose while wearing the Pants. You may, however, scratch casually at your nostril while really kind of picking.

6. Upon our reunion, you must follow the proper procedures for documenting your time in the Pants.

7. You must write to your Sisters throughout the summer, no matter how much fun you are having without them.

8. You must pass the Pants along to your Sister according to the specifications set down by the Sisterhood. Failures to comply will result in a sever spanking upon our reunion.

9. You must not wear the Pants with a tucked-in shirt and belt. See rule #2.

It’s been quite a while since I read and devoured this book (maybe I should reread it, then?), but I do remember that one of the characters attends an overnight camp during the summer. 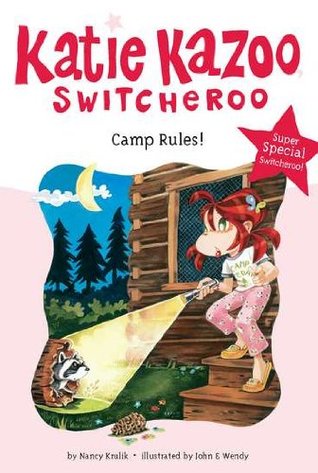 Katie is so excited for her two-week stay at sleepaway camp! Friends, activities, Color War, s’mores . . . and wild animals???? But Katie can’t go anywhere without the magic wind following her—even to camp! Have twice the summer fun with twice the switcheroos in Katie Kazoo’s newest Super Special!

There was a time when I used to be obsessed with this series. I was maybe around 8 or 9 years old at the time, but when I went to overnight camp at age 12, I reread this book to get more of a sense of what it would be like. This book is great for any reader considering going to overnight camp- it has such a realistic portrayal of it.⛺️ 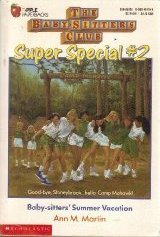 This summer, the Baby-sitters and a whole bunch of the kids they sit for are going to Camp Mohawk! With the girls as counselors-in-training, and the kids as campers, it’ll be just like baby-sitting–in the woods!

The Baby-sitters soon discover that camp isn’t just nature walks and making lanyards. Dawn gets lost in the wilderness overnight. Kristy learns how to use mascara, and Mary Anne gets caught sneaking over to the boys’ side of the camp. Stacey spends the two weeks with poison ivy. . .and Claudia falls in LUV with a boy CIT.

This is one summer vacation the Baby-sitters will never forget!

Oh yes- I was addicted to this series as well! This book is also great for those first-time overnight campers, as it also has a pretty good portrayal of camp.❤️ 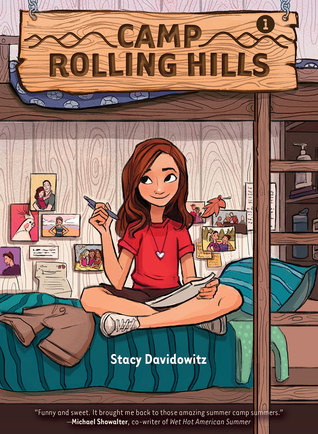 A hilarious and heartfelt series about the particular magic of summer camp—a place where reinvention is possible and friends are like family—from a sparkling debut talent.

Finally, it’s summer! Stephanie—aka Slimey—has been counting the days until she can return to her favorite place in the entire world, Camp Rolling Hills. And this year she’s especially happy to be back—she’ll have eight blissful weeks away from home, where life has been decidedly rocky.
New kid Bobby, on the other hand, is pretty sure he’s in for the worst summer of his life. He does not understand his weirdo cabinmates, the group singing, and the unfortunate nicknames (including his: Smelly). But he does understand Slimey, and the two soon fall in crush. This summer might not be so bad after all!
But then a fight sets off an epic, campwide, girls-versus-boys prank war. Bunks are raided! Boxer shorts are stolen! And it’s up to Slimey and Smelly to keep the peace.

I haven’t read this middle grade camp series, but I have heard some fabulous things about it and I’m sure it’s great for prospective campers!😊 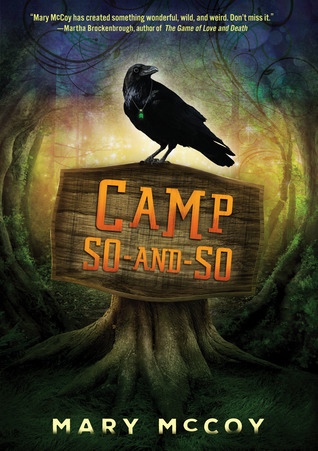 The letters went out in mid-February. Each letter invited its recipient to spend a week at Camp So-and-So, a lakeside retreat for girls nestled high in the Starveling Mountains. Each letter came with a glossy brochure with photographs of young women climbing rocks, performing Shakespearean theatre under the stars, and spiking volleyballs. Each letter was signed in ink by the famed and reclusive businessman and philanthropist, Inge F. Yancey IV.

By the end of the month, twenty-five applications had been completed, signed, and mailed to a post office box in an obscure Appalachian town.

Had any of these girls tried to follow the directions in the brochure and visit the camp for themselves on that day in February, they would have discovered that there was no such town and no such mountain and that no one within a fifty-mile radius had ever heard of Camp So-and-So.

Camp So-and-So is on my TBR and I’m super excited to read it! It looks interestingly unique- if any of you have read it, please let me know how it was!🙈

So tell me, have you read any of these books? Opinions? Have you ever been to summer camp? Did you enjoy it? What are some other books you’ve read that focus on summer camp? Let me know in the comments below.