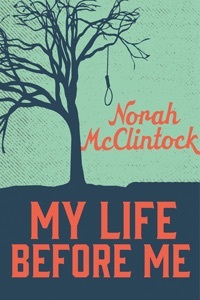 Title: My Life Before Me

Nothing worth fighting for comes easy.

Cady has always wanted to be a reporter, like her hero Nellie Bly, so after a fire burns down the orphanage she lives in, she’s ready to leave small-town Ontario and make her mark as a newspaperwoman. A crumbling newspaper clipping leads her to Orrenstown, Indiana, where her investigation into a long-ago murder earns her a hard lesson in race relations. Smart and determined, and more than a little headstrong, Cady pokes a stick into a wasp’s nest of lies, dirty politics, corrupt law enforcement and racial tension—and ends up fearing for her life as she closes in on something she’s never cared about before—the truth about her own origins.

How I Found Out About It: Kathy Kacer, the author of another book in the series called Stones on a Grave, visited my school and talked about the series!

My Life Before Me is the last of the 7 books in the Secrets series that I decided to read. My friend had told me that it wasn’t the best book in the series, so I saved it for last with relatively low expectations.

It turned out to be that I am in agreement with my friend- in my opinion, it was the worst book in the series. I lost interest in it rather quickly and I did not find myself relating to the protagonist.

First, I am going to tell you guys all about the series in case you haven’t read my reviews for any of the other books yet. Basically, they each follow a different teenage girl and their journeys after their orphanage burns down in 1964. You may choose to read only one book in the series or all of them- it ultimately doesn’t matter how many of them you read and in what order. They are all written by different authors with different storylines, so there is at least one of them for suited for any reader to enjoy.

This book in particular revolves around Cady. Since her orphanage has just burned down, she decides to pursue her dream of being a reporter by moving to Indiana and investigating a murder. Unlike all of the other girls, she isn’t really interested in where she’d come from, but will that information still approach her?

Cady was an average, mediocre character. Just an ordinary Joe, to put it that way. She was quite brave and very determined to help out with the murder mystery, but I found her to be a bit aloof and cold. All characters do have flaws, but Cady’s closed personality did not allow me to relate to her very easily.

This story boasted a smooth-sailing plot, but I wasn’t too intrigued by the mystery that it offered. As I said before, this book couldn’t capture too much of my interest and I got bored of it quickly. I wasn’t bored enough to not finish it, but bored enough to not focus as much while reading it, if you get what I’m saying.

Overall, My Life Before Me was a satisfactory read. It may not have been my cup of tea, but I can still see myself recommending it to other readers with different interests. Are you interested in historical murder mysteries? If so, then I think that you will get the most out of this book. 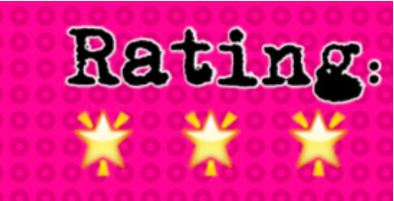 Stones on a Grave review here

The Unquiet Past review here

2 thoughts on “My Life Before Me Review”