New York Times  bestselling author David Levithan tells the based-on-true-events story of Harry and Craig, two 17-year-olds who are about to take part in a 32-hour marathon of kissing to set a new Guinness World Record—all of which is narrated by a Greek Chorus of the generation of gay men lost to AIDS.

While the two increasingly dehydrated and sleep-deprived boys are locking lips, they become a focal point in the lives of other teen boys dealing with languishing long-term relationships, coming out, navigating gender identity, and falling deeper into the digital rabbit hole of gay hookup sites—all while the kissing former couple tries to figure out their own feelings for each other.

Wow. What an important book.

Having read and absolutely adored Every Day, but not really loving its companion book Another Day, I decided to check out more of David Levithan’s work to see which side of the spectrum I lie on for his books. I have to say that this book was great, even though I think I still prefer Every Day.

The title of this book, Two Boys Kissing, is pretty much a sum up of this book in three words, but nevertheless, I will still be synopsizing it, because let’s face it, that’s what I always like to do.😉 So, this book is based on a true story, revolving around teens Craig and Harry, who decide to set a new Guinness World Record for a kissing marathon, so they kiss nonstop for 32 hours. While they are broadcast on TV, they become an inspiration for other LGBTQ+ couples to take pride in who they are and who they like.

This book honestly had the simplest plot, but I believe that it was just so important, and that even though it was only a kissing marathon between two teenage boys, it had so much more meaning behind it, with the ability to change lives. I loved the courage shown by the two characters participating, and I just wish everyone could be as proud to be who they are as them!

Despite that fact that I really liked Harry and Craig’s bravery, I personally found that all the characters were pretty bland, and that was sort of a turn-off for me. But- there’s always a but- I think it was this way for a reason, which was to mostly focus on the general meaning behind this story, rather than the character development like most books. The actual narrators were pretty unique, being a Greek Chorus of some men under the LGBTQ+ spectrum who died of AIDS, so what they say in the book is their view of life from above, and how they look back on how the world has changed since they’ve gone. Because of this, the narration about the characters is more limited omniscient, which is probably why we don’t get to see much of the characters’ internal thoughts and feelings.

The message this book seemed to give out was amazing, and is definitely not explored as often as it should be. I’ve decided to pull in a Dr. Seuss quote here: 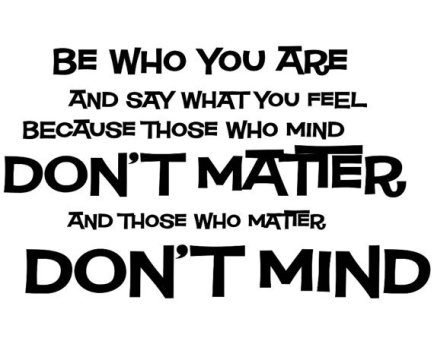 Overall, Two Boys Kissing was such a good, coming-of-age story. I really enjoyed it, and I wish I could recommend every aspect of it, but the characters and plot bored me a little. But still, you NEED to pick this one up not necessarily for diverse protagonists and an intriguing premise, but for the morals.